Following Great American Sonatas, his admired debut on SOMM RECORDINGS, pianist Nathan Williamson turns to British piano music of the 20th century in Colour and Light, a revealing exploration of how the past influences the present and the new.

Modernity makes itself felt in Elisabeth Lutyens’ The Ring of Bone (1975) which strikingly employs the use of spoken text in what Williamson describes in his booklet notes as “a bold and heartfelt gesture”. William Alwyn’s Twelve Preludes (1958) pay a glancing nod to Lutyens’ serialist techniques even while displaying “a peculiarly English combination of both tonality and modality” characteristically his own.

Peter Dickinson’s “postmodern, poly-stylistic” Paraphrase II (1967) is the work of a composer open to the broadest influences, its seven sections inventively re-working an earlier three-part motet and receiving here their first studio recordings.

Slowly emerging into the light (his Nocturne featured on Julian Jacobson and Mariko Brown’s 2017 release – SOMMCD 0178) Anthony Herschel Hill’s Litany (1992) and Toccata (1985) – heard here in first recordings – are the product of a wholly individual compositional voice, boasting, says Williamson, “some of the most gorgeously idiomatic and exhilarating piano writing of any late-20th century composer”.

Delius’s Prelude and Duet from his one-act opera Margot la Rouge, composed in 1902 yet un-performed until 1983, are distinctive for their delicate harmonic textures and colours, masterfully transcribed for piano by Maurice Ravel.

“This is a memorably enterprising programme of British piano music performed with unwavering commitment and intensity. His recital ranges from traditional to progressive and includes a first recording of Anthony Herschel Hill’s Litany and Toccata, which contrasts a brilliance. No praise could be high enough of Williamson’s performances, which unearth buried musical treasure beyond price.” —Bryce Morrison, International Piano (Highlight of 2019)

“The five composers represented on this fine solo piano recital by Nathan Williamson all come from a period in British music when tonality was being explored to its outermost limits. … ‘Twelve Preludes’ by William Alwyn range from the gentle transparent simplicity of the first, through the second whose opening flourish reminded me of ‘The Gnome’ from Mussorgsky’s ‘Pictures at an Exhibition’ to the slow sad romanticism of number five dedicated to the memory of the New Zealand pianist Richard Farrell. … Peter Dickinson’s ‘Paraphrase II receiving its world première recording here is a Theme with six hugely contrasting variations exploring the outer edges of tonality in a brilliant structurally refined way. The Delius pieces are…played deliciously by Nathan Williamson. … ‘The Ring of Bone’ by Elisabeth Lutyens… [is] remarkable and eccentric, but also good fun. The final pieces by Anthony Herschel Hill, also world première recordings, are ‘Litany’, with romantic and richly coloured piano writing, and the virtuosic ‘Toccata’, exciting and brilliantly well structured – in itself well worth the price of this CD.” —Alan Cooper, British Music Society

“Nathan Williamson’s earlier SOMM CD of Great American Sonatas made a considerable impression and he follows that success with another disc of distinction in choice of music and performance. … Williamson raises the stakes of musical appreciation with little-known but superb music.…Williamson’s notes are excellent, a perfect complement to his admirable playing and SOMM’s fine sound.” —James Palmer, Musical Opinion

“Nathan Williamson’s Colour and Light is a memorably enterprising programme of British piano music performed with unwavering commitment and intensity, including a first recording of Anthony Herschel Hill’s Litany and Toccata. … [which] contrasts a ‘spiritual, trnascendent world’ with trailblazing brilliance… No praise could be high enough of Williamson’s performances, where, as in his previous discs of Brahms, Schubert and American piano music his conviction is palpable, making you long to hear more. Whether in the dream-world of the Delius Nocturne or in the fire and ice of the Herschel Hill Toccata, Williamson unearths musical treasure beyond price.” —International Piano, August 2019 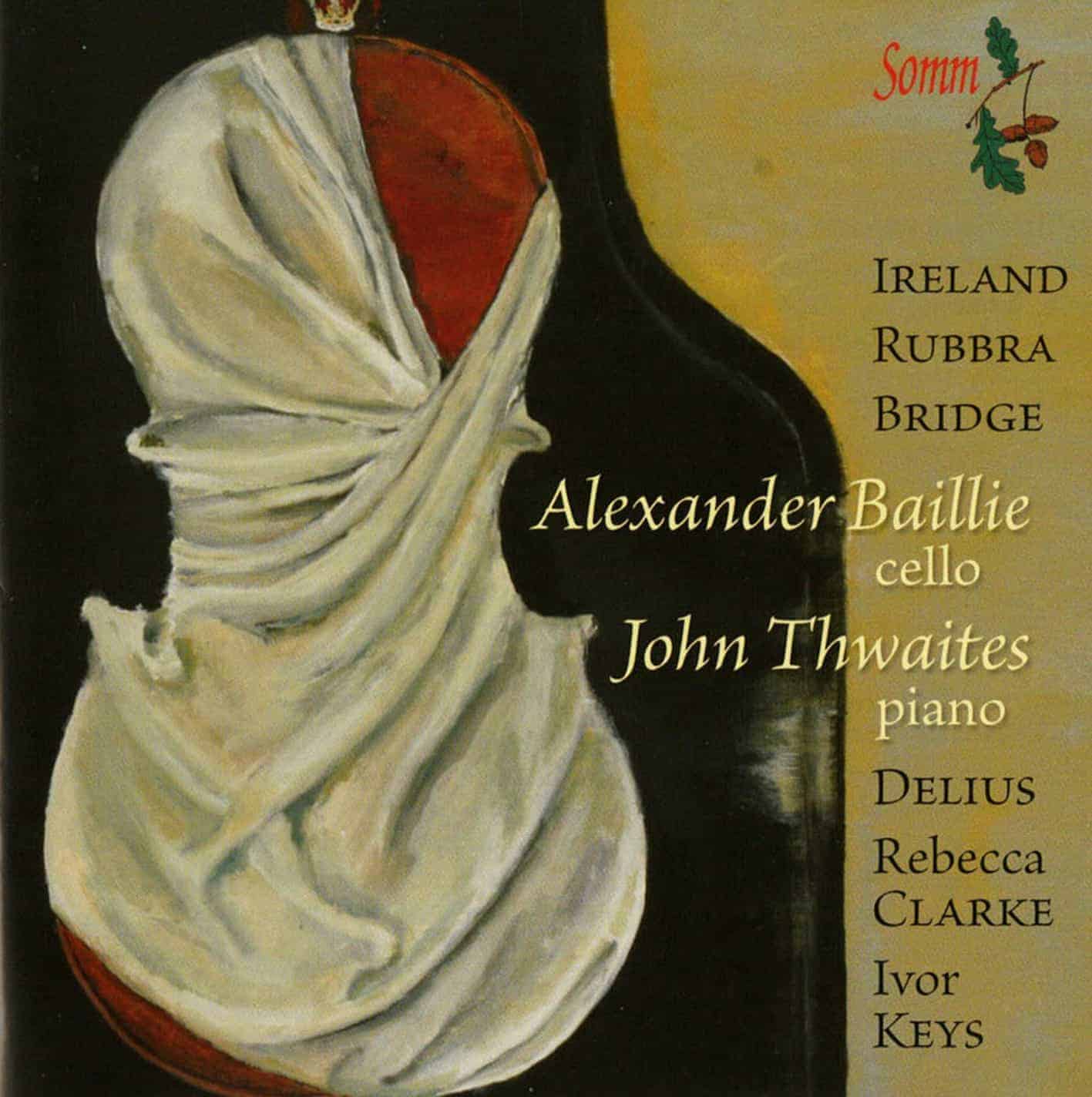 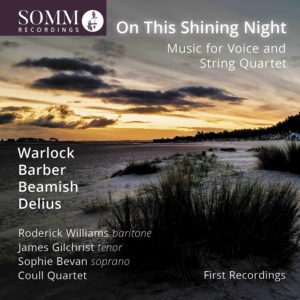 On This Shining Night: Music for…
Shop Now 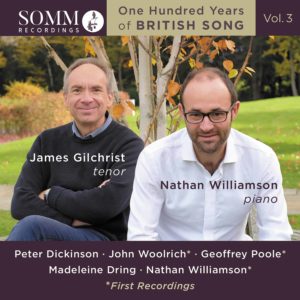