SOMM Recordings is delighted to announce 17 world premiere recordings of Songs by Sir Hamilton Harty in a ravishing recital by one of today’s most exciting young partnerships – mezzo-soprano Kathryn Rudge and pianist Christopher Glynn.

Although best known today as a composer of orchestral music, Hamilton Harty was also one of the most accomplished accompanists of his generation, forming especially notable partnerships with the sopranos Agnes Nicholls and Elsie Swinton. It prompted, in turn, his increasing activity as an accomplished song writer.

The 23 featured songs include settings that speak eloquently of Harty’s abiding engagement with his Irish heritage and point, in the technical demands made of vocalist and pianist alike, to his innate understanding of the song form in all its concentrated, emotional power.

Favourite Harty songs such as Sea Wrack, The Blue Hills of Antrim and My Lagan Love are heard alongside settings of Walt Whitman (By the Bivouac’s Fitful Flame), Thomas Campion (Come, O Come, My Heart’s Delight) and two texts by the composer himself (My Thoughts of You and Adieu, Sweet Amaryllis).

Kathryn Rudge’s previous SOMM releases include Songs by Eric Coates with Christopher Glynn (SOMMCD 0192), hailed by BBC Music Magazine as “an invaluable issue”, and The Hills of Dreamland (SOMMCD 271-2), orchestral songs by Elgar with the BBC Concert Orchestra conducted by Barry Wordsworth, which Gramophone’s reviewer declared has “afforded me much pleasure”.

“The title alludes to the two suites from William Walton’s Façade in Constant Lambert’s virtuosic piano-duet transcription that end the sequence, but the other items afford interesting context. Music by Lambert, including his all-white-note Trois pièces nègres for piano duet and seven Li Po settings, lead to Lambert’s Façade treatment glorying in the bitonal iridescence with which familiar but quite dissimilar tunes are deftly combined.” —Paul Driver, The Sunday Times (May 10 On Record)

“immensely enjoyable disc of Harty’s songs, performed by mezzo-soprano Kathryn Rudge and pianist Christopher Glynn… In Glynn’s sure hands the musical pictorialisms unfold naturally, from the gentle wave motions of the opening, through the tremolo exertions as the seaweed hunters struggle to lift their catch into the boat, and on to the rolling flood of stormy septuplet surges. Rudge relates the tragedy with the poise and presence of a born storyteller. The tale unfolds gradually, there is no melodrama; the calm account suddenly swells with alarm, as Rudge further enriches her always fertile tone, and the harmony shifts to the oddly bright A major, “There’ [sic] a boat gone down upon the Moyle”. The duo’s structuring of a simple strophic into a tragedy of great magnitude is skillful. … This disc will give much delight. Despite the apparent formal simplicity of many of the songs, Rudge and Glynn reveal their depth and diversity.” —Claire Seymour, Opera Today

“There is something Edwardian about Kathryn Rudge’s rich mezzo tone which makes her an ideal interpreter of this Romanticism. She is careful to make it heartfelt without teetering over into sentimentality. Christopher Glynn is allowed a couple of piano solos that show off his prowess without the singer but… Harty’s quality is in the songs.” —Simon Mundy, Classical Music Magazine 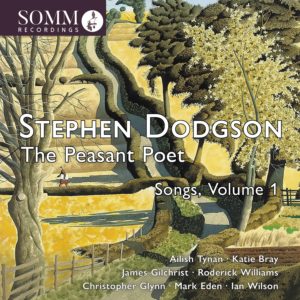 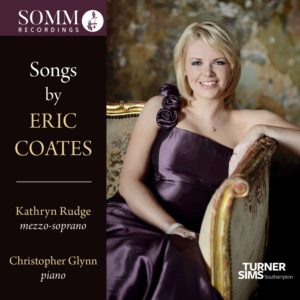