SOMM are pleased to announce the recording of Beethoven’s Complete Piano Trios with the internationally renowned Gould Piano Trio, beginning with Vol. 1. This dynamic group who this year celebrate their 20th Anniversary have been exploring the remarkable variety displayed in the trios, which reveal so many different facets of Beethoven’s complex character. Three volumes have already been recorded before a live audience during the Gould Trio’s concerts at St. George’s, Bristol in October and December 2011 and February 2012.  The Trio’s first concert, on October 5th last year, which was recorded by SOMM as the first volume of four, was a wonderful introduction to this stunning series and the BBC Music Magazine’s website review by Reviews Editor Rebecca Franks is typical of the enthusiasm shown by the audience on that first night.

“The glorious Gould Piano Trio at St George’s…And what a treat this four-concert series of the Piano Trios looks set to be. The joyous ebullience of the Piano Trio in G, Op. 1 No. 2, with its expansive first movement, set the tone for the evening – the strings filled with warmth, the piano sound exquisite. The Largo con espressione glowed; the Scherzo lived up to its name, and the tempo seemed spot-on for the energetic Finale…Then it was on to the big-name work of the evening: the Ghost Trio…the terrific Presto was met with cheers suggesting an audience twice the size. Yes, I’ll be looking forward to when these three meet again…”

Since winning first prize at both the Premio Vittorio Gui in Florence and the inaugural Melbourne Chamber Music Competition, while being promoted in Europe and the US as British ‘Rising Stars’, the Gould Piano Trio is now considered as one of the finest of its kind performing today.  The Independent described its members as ‘master musicians’, and their widely diverse repertoire and ever-expanding discography display a strong stylistic conviction appreciated by audiences and critics alike. Concerts at major venues such as the Wigmore and Carnegie Halls and the Concertgebouw in Amsterdam and tours of North and South America, Europe and the Far East, as well as highly regarded educational projects, have introduced them to a wide and varied public. Their first-hand experience of work with contemporary composers has led to the commissioning of many new works, the most recent being a piano trio from James MacMillan for premiere in 2014. Their recording of the late English Romantics of piano trios of Stanford and Bax combined with their clarinet chamber music with clarinetist Robert Plane, was shortlisted for a Gramophone award.

“Performances of taste and sincere passion” The Telegraph 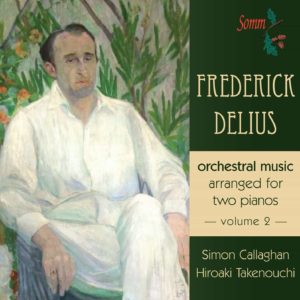