SOMM Recordings announces Volume 2 of its revelatory survey of One Hundred Years of British Song with tenor James Gilchrist and pianist Nathan Williamson.

Volume 1 received wide acclaim, Gramophone hailing it as “a most impressive release”, adding “Gilchrist’s contribution is past praise… [with] immaculate support throughout from Williamson”. Awarded its Recording of the Month accolade, Limelight declared it “a penetrating, frequently revelatory start to a promising new series”.

Maconchy’s Three Donne Songs are described by Williamson in his informative booklet notes as “substantial, ambitious songs, imbued with a genuine sense of drama by an assured composer at the height of her powers”. Carwithen’s seven miniatures represent her complete song output and display, as Williamson notes, “the most imaginative and creative writing… real gems revealing the seeds of a truly imaginative and expressive musical personality”. William Alwyn’s A Leave-Taking deftly counterbalances the obvious influence of German romanticism with music of striking, involving simplicity. Alan Rawsthorne’s Two Songs to Poems of John Fletcher combine Elizabethan counterpoint with music hall humour. Rawsthorne also contributes to Prison Cycle alongside Alan Bush, a vivid setting of political texts by the German socialist playwright and poet Ernst Toller.

Nathan Williamson’s SOMM association includes Great American Sonatas (SOMMCD 0163), lauded by Gramophone as “a release of distinction”, and Colour and Light (SOMMCD 0196), a 2019 Recording of the Year for International Piano: “No praise could be high enough for Williamson’s performances”.

“I love the sound of these songs… It is redundant to declare that this is a superlative CD. Considering the two performers, the technical prowess of Somm Records the excellent liner notes and the imaginative and wide-ranging programme, it could be nothing else.” —John France, MusicWeb International 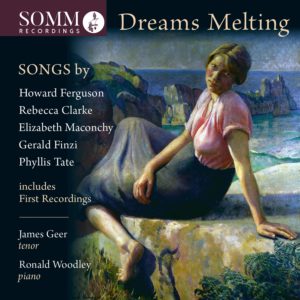 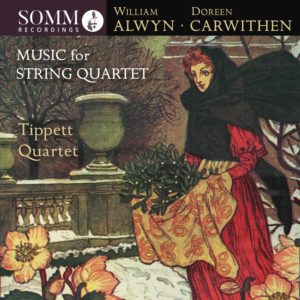 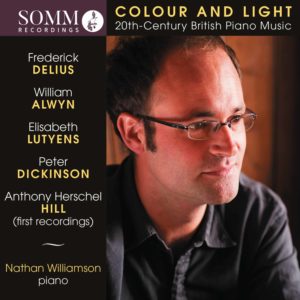