First staged in 1925 and the last of Stanford’s nine completed operas, The Travelling Companion is based on a fantasy-laced story by Hans Christian Andersen with a libretto by Henry Newbolt (whose Songs of the Sea and Songs of the Fleet Stanford had previously set). It finds the composer at his most economic but expressive – a last, remarkable demonstration of his brilliance as an orchestrator.

The result, says Stanford biographer Jeremy Dibble in his authoritative booklet notes, “seems like an antidote to the heavier textures of Wagner and Richard Strauss and rivals the fairy-tale operas of the Russians”.

Anticipating Puccini’s Turandot, at the heart of The Travelling Companion is a Princess whose suitors must answer an impenetrable riddle to win her hand or die when they fail. There are intimations of Britten’s Peter Grimes, too, in the sophisticated use of the Chorus, leading Jeremy Dibble to observe: “If Stanford’s last opera was given time to establish itself in the repertoire, not only would it provide an entirely new perspective of this highly versatile and imaginative composer, but it might also change our view of our operatic history”.

This first recording of The Travelling Companion was recorded live at Saffron Hall, Saffron Walden in December, 2018.

“This is a landmark: the first full-length commercial recording of any of Stanford’s nine completed operas. It’s all the more remarkable in having been brought about by the semi-professional New Sussex Opera, who last year revived The Travelling Companion for the first time in decades. … enthusiasts – and the curious – are unlikely to be disappointed. … Newbolt gives Stanford an effective framework to do what he does best: spinning lyrical, luminous melody, interspersed with highly effective choral writing and lit by the occasional flash of orchestral magic. … Kate Valentine’s rich-toned, ardent Princess sounds splendid, too, against Ian Beadle’s Wizard: a ringing, pleasingly dark reading of a role that could easily slip into pantomime. Everyone here is entirely committed… the conductor Toby Purser, who sounds like he’s been conducting Stanford operas for decades, so eloquent is his phrasing, and so naturally does he let the music blossom and soar. A full libretto is included and this recording – a true labour of love – should whet a lot of appetites. Anyone for Shamus O’Brien?” —Richard Bratby, Gramophone

“This double CD is the World Première recording of the last of Charles Villiers Stanford’s nine operas. It contains a narrative element strikingly similar to Puccini’s Turandot. … With the attractive tonal colours of Stanford’s music, in particular his orchestral and choral writing, it provides a fascinating and enjoyable experience. … Performances are excellent, especially orchestra and choruses. The principals, tenor David Horton as the hero John, a warm and dependable sounding baritone Julien Van Mellaerts as the companion and a powerful and dramatic soprano Kate Valentine as the Princess are particularly impressive. I remember long ago listening to radio plays before television. My imagination was able to conjure up clear pictures of the action. Listening to the CDs and following the stage directions in the accompanying booklet, in a similar way I envisioned a particularly colourful production of Stanford’s last opera.” —Alan Cooper, British Music Society 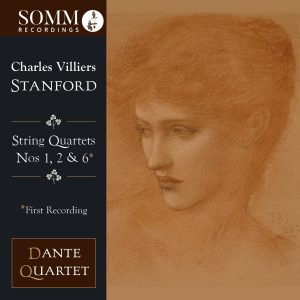 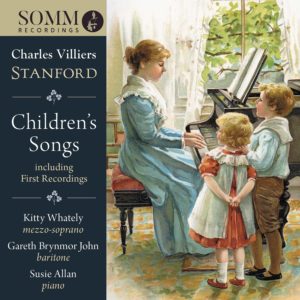